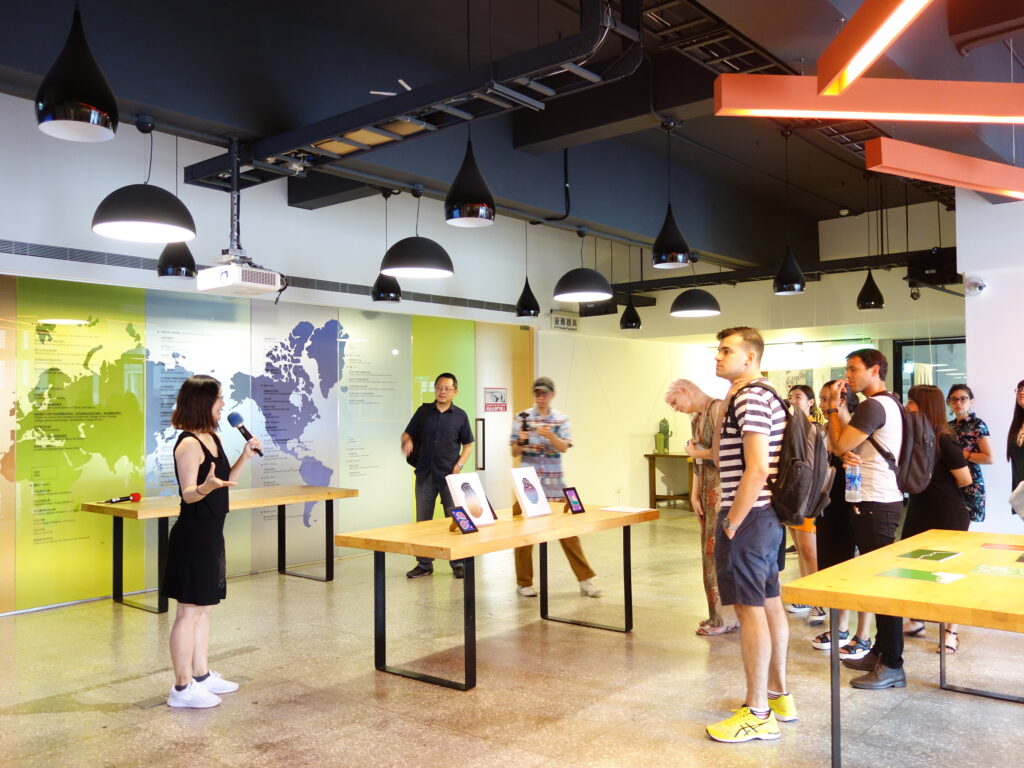 A semester of immersion into a series of printmaking techniques was the starting point for what would become the 身體、生態性、在地實踐 exhibition by IMCCI students. The Fine Arts Seminar class, led by professor Hsi-Chuan Liu (劉錫權) was the first opportunity for first and second year students to experiment techniques such as screen and relief printing, planography and others.

After the experiments, students were free to choose one technique to continue experimenting with. These would later become their own individual projects for the exhibition. Opportunities to outline and discuss the theme for their projects outside of the fine arts studio were many. Field trips to the Hong-Gah Museum (鳳甲美術館) exhibition, and the collaboration with Beitou Primary School (北投國小) prompted students to review and present their ideas. The feedback they received in these events and after them helped the further development of their projects.

From the start of the semester, the idea was for IMCCIs to explore and study about Beitou and its different areas. Students used their time outside of class to visit, photograph, illustrate and read about Beitou, to discover common elements between the northernmost area of Taipei and their native countries.

This process was guided by professor I-Wen Chang (張懿文), during her Performing Arts in Local and International Contexts class. Students were able to develop their ideas based on the contents read and discussed in class. Students who were enrolled only in the Fine Arts Seminar had the support from professors Chang and Liu just like the ones enrolled in both classes, in order to fully develop their projects.

The first ‘trial’ of the IMCCI students’ ideas was their presentation at the Beitou school. Their following weeks were focused on practice and experiments during and outside of class. The result is a wide range of ideas and visual representations:

Nattaporn Shaisooksri combined relief printing techniques to display a view of Beitou from a window in the series Window of Beitou.

In Scorch/Warm, Yong Song Yeu drew inspiration from the difference between Japanese rule in his native Malaysia and in Taiwan.

Clarissa Butelli layered elements of the human, natural and historical landscapes of beitou to produce the patterns and shapes inspired on Portuguese azulejos for her work Azulejos: archeology of memory.

Maria Grasa illustrated a combination of hot springs landscape of Beitou and her native Spain in Touch Contact.

Xiomara Sotelo drew inspiration from her emotions for Beitou and her native Nicaragua in Beitou in my Eyes, Nicaragua in my Heart.

Larissa Soto made playful illustrations of local delicacies to show how culture can be experienced through food in Beitou 小吃.

Ximena Lainfiesta used the same boards students used to carve the printing patterns geographic puzzle through which she talked about territory and colonization in her work Bodies as Colonized Territories.

Shine Yang, with the collaboration of Sally Xie, made a sequence of images of actress Shao-En Ke performing the movements of entering the hot springs waters to study the daily movements that are not usually thought about when performed.

Lou Arroyave played with the geometric shapes of flags to portray three stages in the history of Beitou in Stars on Beitou.

The exhibition was held at the International Exchange Center of TNUA, at one of the last weeks of regular classes. The student-artists had the week before the exhibition to deal with the challenge of choosing a space in the exhibition area and producing the support for their works to be displayed. After a few days of shopping, testing, setbacks and finally reaching the final form for their work, students were ready for the opening.

The opening, on June 17th, was the opportunity for IMCCIs to present their concept and works to their fellow students, teachers and visitors. Exchange students of different nationalities, local undergraduate and graduate students as well as friends from outside of university were there for the event.

Video works from students of the 生態思辨課程 class were also presented at the opening.

The resulting exhibition was an interesting combination of techniques from people with different levels of familiarity with the making of visual arts. Two students are graphic designers, one, a photographer, and others come from backgrounds less closely related to visual arts. In common, they all felt the accomplishment of a semester-long project be finally put to light for others to appreciate. 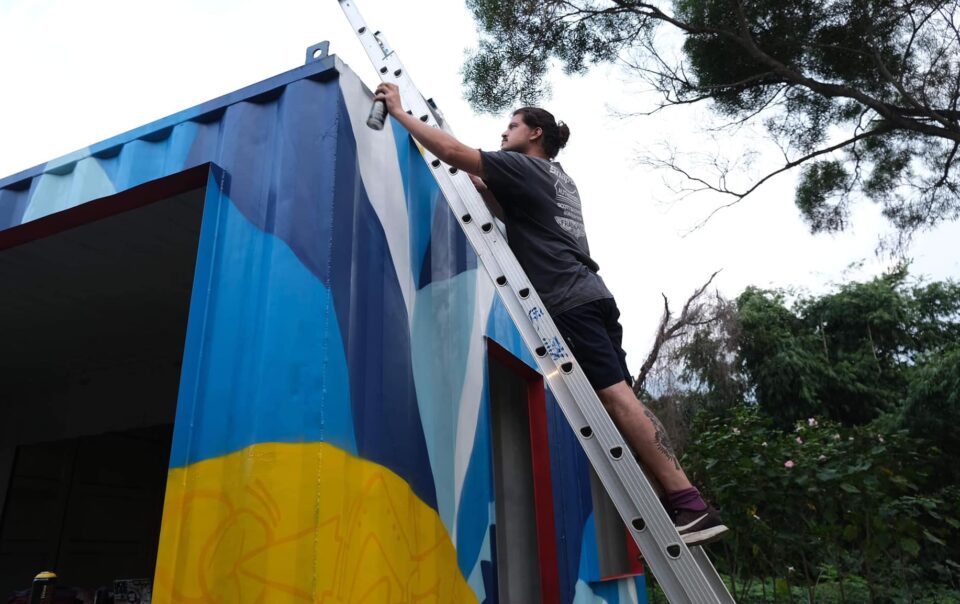 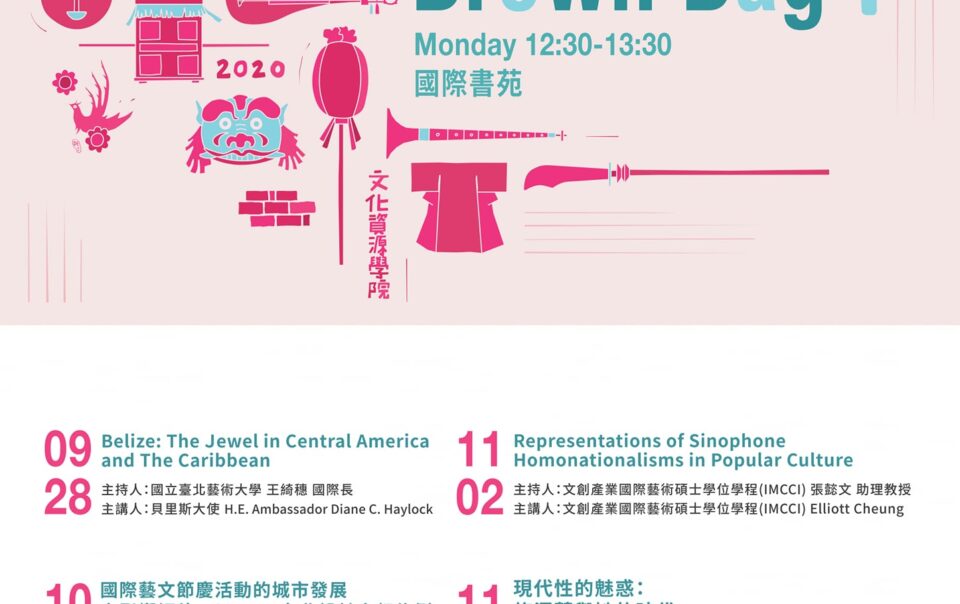