Taoyuan is a special municipality located in the northwestern side of Taiwan. In ancient times, the Taoyuan plateau was home of the Taiwanese plains aborigines. Most Taiwanese aborigines in the city live in Fuxing District, with most of them belonging to the Atayal people.

Llyung Topa is a small village located in the beautiful mountains of Taoyuan, it is home to different indigenous groups of Taiwan, among them we find the Atayal tribe.

The Atayal, (泰雅) also known as Tayal and Tayan, are a Taiwanese indigenous group that has a population of approximately 85,888 according to the Council of Indigenous People , and they make up to 15.9% of Taiwan’s total indigenous population, making them the third-largest indigenous group on the island.

The purpose of the trip was to immerse students in the Taiwanese indigenous culture and to experience first-hand the lifestyle of the Atayal tribe, through their daily life activities. For this semester, one of the main focus of the “Art, Society and Cultural Consumption” course, taught by Professor Gao, was to learn about the different indigenous communities living in Taiwan, especially the Atayal tribe.

On Saturday, November 9th a group of first and second year IMCCI students, along with Professor I-Wen and Professor Yatin, parted to Taoyuan. After a fun ride of approximately one hour and a half, the group finally arrived to the village, where they were received by locals who were happily waiting for their arrival. Locals kindly opened their house for the group to spend the night with them and prepared a delicious meal for the group, which was made from their own farm, where they locally grow all the vegetables they consume and eat the animals they hunt. Although hunting is considered illegal, it is still an important activity in the indigenous culture.

As part of the first activity on the itinerary, the team visited the ruins of an important water cannon that irrigated the fields of the whole community. In the same area, you can find a stone monument that has five Chinese characters carved on it, which can be translated as “self-reliant”. 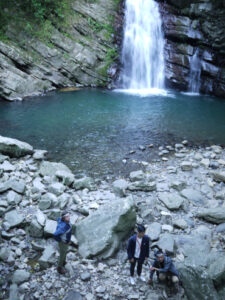 This stone is preserved to commemorate the life of their ancestors and to always remember the hardships they went through during the Japanese colonization era. This monument is considered a vital piece for the preservation of the Atayal culture.

Although the period of the Japanese rule still brings sad memories to the Atayal tribe, it continues to have an impact on their lives. Some people of different ethnic groups, including the Atayal, forgot their own native language and can only communicate in Japanese, as a result of the cruelty of the japanese colonial era.

The team had the opportunity to visit Xiayun Elementary School to gain knowledge about the indigenous school system and to spend quality time with the kids. The group had the opportunity to participate in one of the singing lessons they were having. This event helped promote cultural exchange between the indigenous children and the IMCCI students, creating an important connection through art.

On the last day of the trip, students had the privilege to participate in a weaving workshop, where they learned from the locals the different weaving techniques and its importance within the indigenous culture. 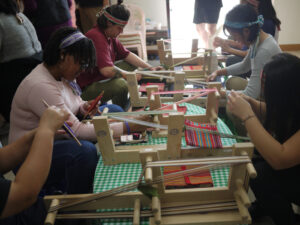 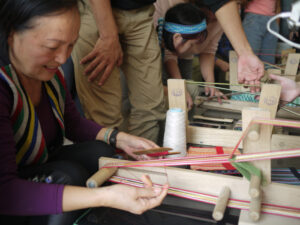 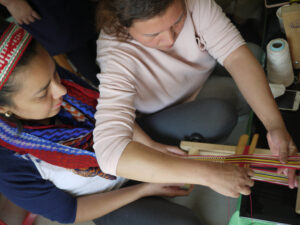 The last stop before returning to Taipei was Jiaoban Mountain Park, where Professor Gao prepared a tour for the students to have a better understanding of Taiwan’s indigenous history. Students had the opportunity to visit the museum inside of Jiaoban Park, which used to be the house of the leader Chiang Kai-Shek and Madame Chiang. It is known that this was where the leader spent the last days of his life. 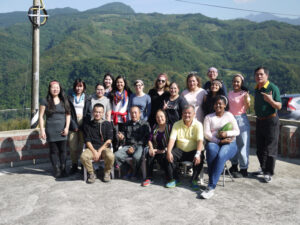 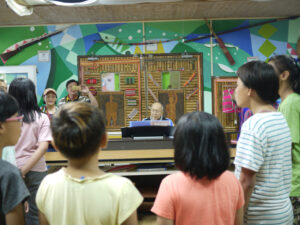 The visit to Llyung Topa village was very interesting and enriching. It immersed international students into the Taiwanese indigenous culture, and helped them have a better understanding of Taiwan and its identity.